Where Mt Aenos name came from

Mountain Aenos or Niriton in the ancient times. The biggest and most important mountain in the Ionian Islands with it’s 1628 meters of altitude. It still remains unknown when it took it’s name. 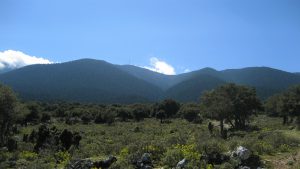 So, what does the name Aenos mean? The Greek mountains took their names for two reasons. The first reason was to define the limits and borders of the country and the second reason was for religious purposes.
In Greek, aenos (αίνος) means hymn, praise to the god. The top of the mountain was the exact place where the people and the priests were praying to god Zeus.
Also, a temple and an altar were built right on the mountain’s summit named Megas Soros which means Big Heap (of bones). Fossiled remains of the temple and burned bones of goats, sheep and pigs.
Unfortunately, today this huge Heap of bones is just a big pile of stones marking the mountain’s top.

It is known that many pieces of fossils and stones where taken as souvenirs or for personal collections of people around the world.However some of these rocks could be from the temple of Aenesian Zeus. 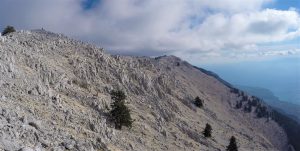 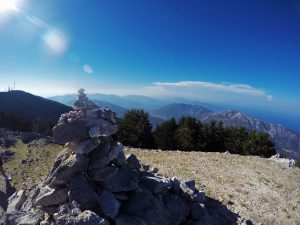